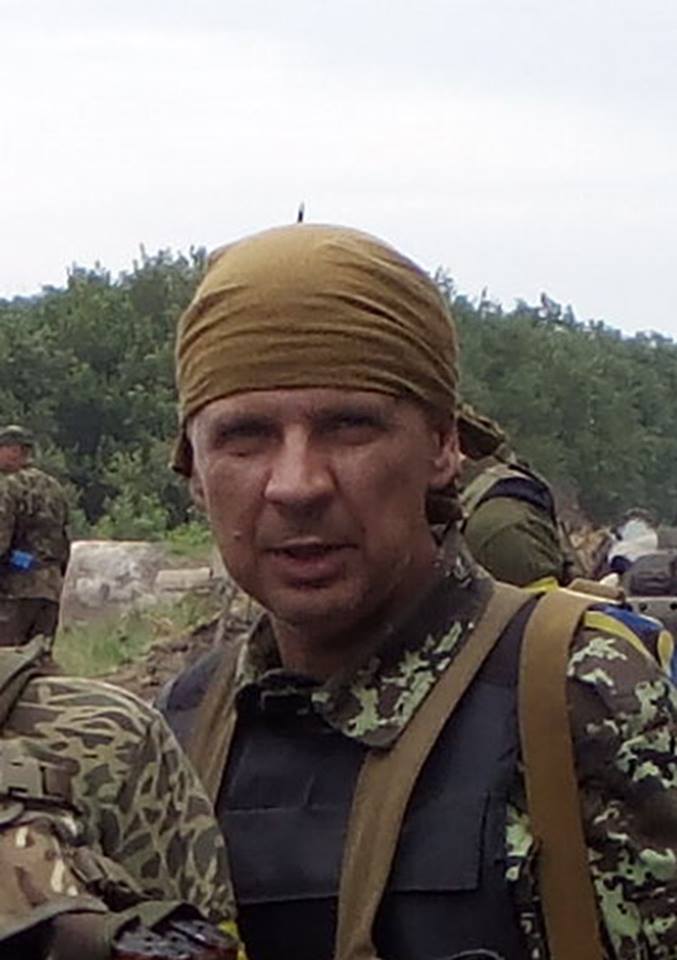 Abolmasov Andrii Viktorovych - paramedic of the medical unit of the 24th Battalion ofTerritorial Defense "Aidar" of the Armed Forces of Ukraine, senior sergeant.

He was born on October 6, 1969 in the city of Kyiv in the family of a serviceman. Russian.

College named after PI Gavros) with a degree in "medical assistant".

He served in the USSR Air Force.

He lived in Darnytskyi district of Kyiv. He worked at an ambulance station in Kyiv.

In the winter of 2013-2014 he was on Independence Square in Kyiv, where he was an activeparticipant in the Revolution of Dignity. He worked in the medical service of Euromaidan,rescued many wounded. After a fire in the House of Trade Unions of Ukraine on February19, 2014, he joined the 8th "Afghan" Maidan Self-Defense Hundred.

Since May 2014, he has participated in an anti-terrorist operation in eastern Ukraine. Callsign "Doc".

On August 17, 2014, Senior Sergeant Abolmasov was seriously wounded during a mortarattack on the battalion‘s positions in the village of Khryashchuvate, Krasnodon (since 2016,Sorokin) district of Luhansk region, covering four colleagues with his body from a mineexplosion. A military paramedic died of his injuries in a medical vehicle of the Aidar Battalionduring an evacuation to the hospital.

He was buried in the Forest Cemetery in Kyiv.

He was awarded the Order "For Courage" of the III degree (September 29, 2014;posthumously).

His parents, a disabled wife and a daughter are left.

On September 1, 2015, a memorial plaque was unveiled to him at the building of the PIGavros Medical College in Kyiv (16 Akademik Biletskiy Street), where Andrii Abolmasovstudied.