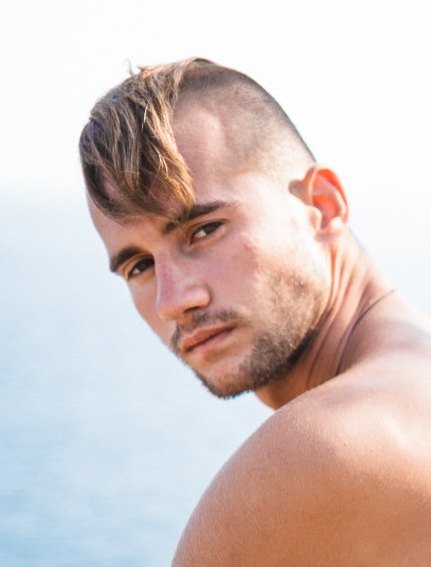 Ambros Serhiy Serhiyovych was a physician of the assembly unit (center) of a separate detachment of special purpose "Azov" of the 18th Operational Regiment of the Eastern Operational-Territorial Association of the National Guard of Ukraine, Lieutenant.

He was born on 16 May, 1990 in the city Cherkasy. In 2007 he graduated with a gold medal gymnasium №31 in the city Cherkassy, in 2012 - the building faculty of Cherkasy State Technological University, specializing in Industrial and Civil Engineering.

He was the social activist of the city Cherkasy, a participant of the initiative group "Zdravie", the coordinating council of youth organizations "Patriotic Initiative", football movement "Ultras Cherkasy". He participated in the organization of competitions "Cossack fun", various patriotic actions, numerous ethnographic festivals. He was engaged in the combat hawk.

In May 2014, he volunteered to join the battalion of the Azov police patrol service of the Main Directorate of the Ministry of Internal Affairs of Ukraine in Donetsk Oblast (nowadays - a separate detachment of special assignment "Azov" to the 18th Operational Regiment of the Eastern Operational Territorial Association of the National the Guard of Ukraine, the military unit 3057, the city of Mariupol Donetsk Oblast). During the service, he walked from a soldier to a lieutenant.

On 23 June, 2014, in Kyiv, on Sofiyivska Square, he took an oath of allegiance to the people of Ukraine.

From 24 June, 2014, he participated in the anti-terrorist operation in eastern Ukraine.

On 18 February, 2015, during a military task in the Shirokine village, Novoazovsk district, Donetsk region, a fire calculation, consisting of Lieutenant Ambros, was under the continuous artillery and the mortar fire of the enemy. Due to the bold and decisive actions of Lieutenant Ambros, the task was completed successfully, but during the battle he received a fragmented wound. The severely wounded officer was evacuated to the hospital of the city Mariupol, Donetsk region. Doctors fought for his life, but their efforts proved to be useless. On the same day Serhiy Ambros died of injuries.

On 21 February, 2015 he was buried in the Cherkassy Cemetery.

On 13 October 13, 2015, in the city Cherkassy, on the facade of the building of the gymnasium №31 ( Heroes of the Dnieper Street, 27), where Serhiy Ambros studied, the memorial plaque was established.

On 27 January 27, 2016, Cherkasy city mayor‘s decision Ordzhonikidze street was called after Serhiy Ambros Street. On 5 December, 2016, a social sports hall named after Sergey Ambros was opened in the city Cherkassy.

The parents and the brother are left.