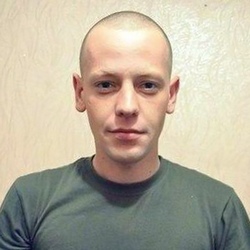 Andreychenko Maksym Pavlovych was the mechanic-driver of the tank of the 1-st separate Guards Tank Brigade of the Land Forces of the Armed Forces of Ukraine, a soldier.

On 22 August, 2014, soldier Andreychenko died from the explosive trauma as a result of a hit of a projectile in a tank during an artillery shelling of a unit position near a town-type settlement Bile, Lutugin district, Luhansk region.

On 28 August, 2014 he was buried in the city cemetery on Lermontov Street in Mena.

On December 5, 2014, in the city of Mena, on the facade of the building of the the comprehensive school named after T.H.Shevchenko (Chernihivsky Shliakh street, 11), where Andreychenko Maksym was studying, the memorial plaque was established.