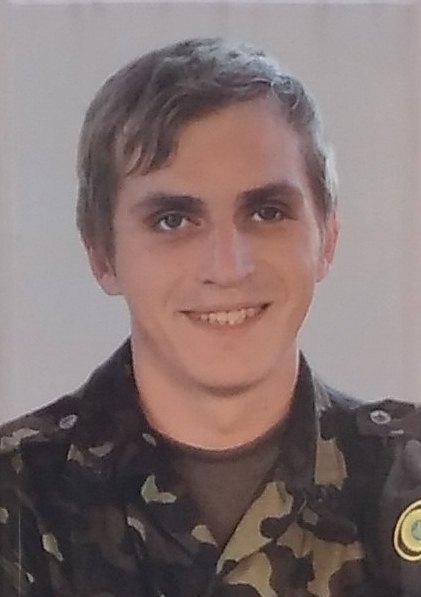 Andrukhiv Ivan Romanovych was the shooter, the sanitary Instructor of the 9th Mechanized Company of the 3rd Mechanized Battalion of the 14th Separate Mechanized Brigade of the Land Forces of the Armed Forces of Ukraine, Senior Soldier.

He was born on 7 July, 1987 in the city Lviv. He graduated the secondary school №28 in the city Lviv, then - the department of dentistry of the Danish National Medical University named after Danylo Halytskiy.

In 2014, he participated in the anti-terrorist operation in eastern Ukraine. While performing the military service duties, he was wounded in the course of the battle. After that, he was treated at the Military Medical Clinical Center of the Western Region (Lviv city), where he died on 31 December, 2014.

On 3 January , 2015 he was buried in the field of Honorable burials № 76 Lychakiv cemetery in the city Lviv.

On 24 October, 2014, in the city Lviv, a memorial plaque was established on the building of secondary school №28 (Tuetiunykiv Street,2) where Andrukhiv Ivan studied.