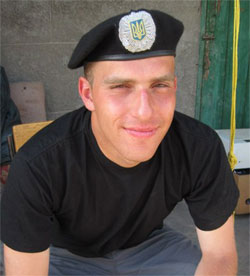 He was born on September 11, 1991 in Lviv. In 2009 he graduated the secondary school №97 Lviv, and in 2011 - Stavropigiyska higher vocational school of Lviv in the profession "Computer Operator, operator desktop publishing."

On July 11, 2014 near the village Zelenopillya Sverdlovsk district, Luhansk region around 4:30 am n-terrorist groups fired from the MLRS "Grad" the checkpoint Ukrainian military shelling killed 19 soldiers, among them Ivan Vitaly Birch was.