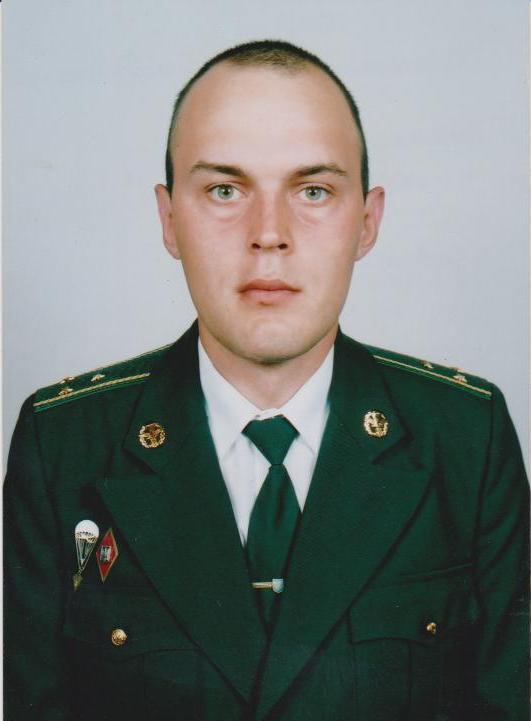 He was born in December 4, 1983 in Severodvinsk, Arkhangelsk region (now - the Russian Federation). In 2000 he graduated the secondary school №17 of Sumy.

Since 2000, he was in the Armed Forces of Ukraine. In 2004 he graduated the Military twice Red Banner Institute of Missile Forces and Artillery Bohdan Khmelnytsky Sumy State University (city of Sumy), speciality "Fighting the use and management of operations units of the Land Forces."

From 2004 to 2005 he served as the commander of the mortar platoon mortar batteries 95th separate airborne brigade of highly mobile airborne troops of the Armed Forces of Ukraine (military unit A0281; Zhytomyr city). After some time he left military service and he was retired.

In 2007 he graduated Sumy State University, the field of "engineering" and qualification of bachelor on a professional orientation "Energy Management".

For a while he worked in a bank, and then worked at the Joint Stock Company "technology" of the city of Sumy.

In March 2014 he was mobilized into the Armed Forces of Ukraine. He served in the 9th artillery battery 3rd reactive artillery battalion 27th artillery regiment jet Land Force of Ukraine (now - the 27th Artillery Brigade, a military unit A1476, the city of Sumy).

On September 3, 2014 near the village of Pobeda Novoaydarsky district, Luhansk region from the Russian Federation it was fired from the MLRS "Smerch" base camp 27th reactive artillery regiment. The shelling killed 15 soldiers, among them Vitaly Bay was.