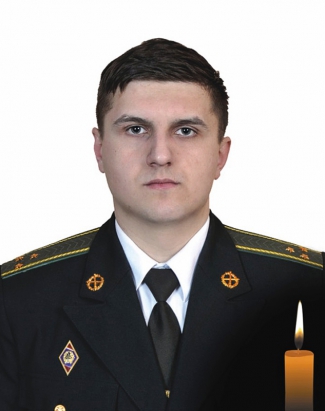 He was born on September 17, 1993 in the village Drotyntsi Vynohradiv district Transcarpathian region. In 2010 he graduated the secondary school.

Since 2010, he was in the Armed Forces of Ukraine. In 2014 he graduated the Hetman Shaidachny Army Academy (Lviv), speciality "Management actions artillery units."

From 2014 he served in the 128th Separate Guards Carpathian mountain infantry brigade of the Land Force of Ukraine (military unit A1556, Mukachevo Transcarpathian region).

On February 9, 2015 Lieutenant Bilak he disappeared near the village Logvinova Artemivsk district (now - Bahmutskiy district) Donetsk region, when a truck with soldiers of 128-th individual mountain infantry brigade came under the fire in the top of the "Debaltsivskoho speech." Subsequently, the truck was found, but the information concerning the military men was not. In late February in Dnepropetrovsk the body of lieutenant Vasily Bilak was recognized among the dead. In March 3, 2015 he was buried in the cemetery of the village Drotyntsi, Vynohradiv district. He was awarded the Order of Bogdan Khmelnitsky III degree (15.5.2015, posthumously). The parents and the sister remain.