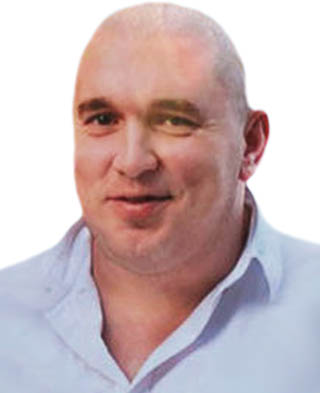 He passed the military service in the Armed Forces of Ukraine. He served in the 80th separate airborne regiment of the Airborne Forces Land Force of Ukraine (military unit A0284; Khyriv city Sambir district, Lviv region).

In 2009, he fulfilled the standard of master of sports of powerlifting (the official result of 245 kg in bench press).

In winter 2013-2014 years he was in Independence Square in Kiev, where he was an active participant in the Revolution of dignity.

On July 11, 2014 near the village Zelenopillya Sverdlovsk district, Luhansk region around 4:30 am n-terrorist groups fired from the MLRS "Grad" to the checkpoint Ukrainian military shelling killed 19 soldiers, among them Igor Boris was.

On July 18, 2014 he was buried in the Alley of Glory Paul Sorrow cities Drohobych.

On December 22, 2014 in Drohobych on the facade of the building of the Higher Vocational School №19 (street Hrushevsky, 59), where he studied under Igor Boris, the memorial plaque was established.

His wife, the son and the daughter remain.