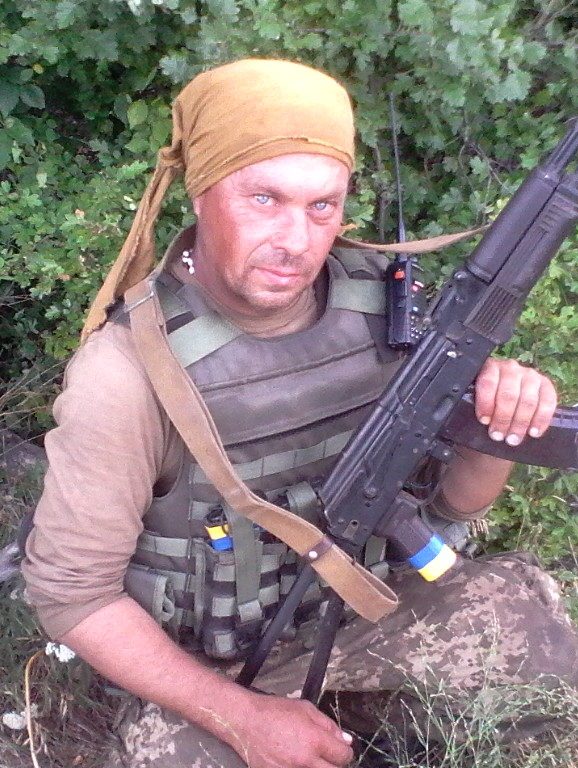 Chel‘ma Volodymyr Volodymyrovych was a serviceman of the 53rd individual mechanized brigade of the Land Forces of the Armed Forces of Ukraine, ensign.

He was born on 1 May, 1972 in the city Ananiev, Odessa region. He graduated the high school.

He served in the ranks of the Armed Forces of the USSR / Ukraine, warrant officer of the reserve.

He lived in village Tochilovo, Ananivsky district, Odessa region. He was engaged in the repair of equipment.

Since 2015, he participated in the anti-terrorist operation in eastern Ukraine.

On 2 December, 2015, ensign Chel‘ma took a heavy head injury in the area of the anti-terrorist operation. As a result of an injury, a serviceman fell into a coma. At first he was treated at a hospital in the city Dnipropetrovsk (now Dnipro), then he was taken to Kiev. The doctors fought for the life of the soldier, but their efforts proved to be useless. Ensign Chel‘ma died on 2 March, 2016 at a hospital in the city Kyiv, after three months in a coma.

He was buried in the cemetery of Tochilov village, Ananivsk district, Odessa region.

The wife and the adult son from the first marriage are left.