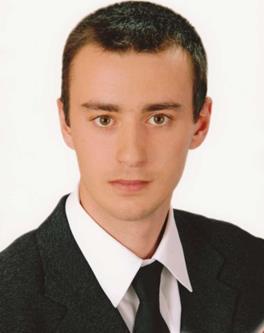 Chepelenko Oleh was the sniper of snipers company 92-th separate mechanized brigade of the Armed Forces of Ukraine, a senior soldier.

He was born on 29 May, 1987 in the village Lukashivka, Bliznyukovsky district, Kharkiv region. In 2004 he graduated secondary school of village Lukashivka in 2009 - Slovyansk National Pedagogical University (from 2011 - Donbass National Pedagogical University), specialty "Pedagogy and methodology of secondary education. Labor education and science. "

As of October 2014 he took part in the anti-terrorist operation in eastern Ukraine. Callsign "Hacker."

On 7 August, 2015 during a combat mission near the village Trohizbenka Novoaydarsky district, Luhansk region, three soldiers, among them there were senior soldier Chepelenko, resulting clash of battle were captured. When the prisoners with their hands tied were driving through a minefield, Oleh Chepelenko knocked the terrorist, he blew himself and the terrorist to "stretch" along with other Russian fighters. The explosion killed a senior soldier O.O.Chyslenko , Ensign M.V.Stotskyy and two terrorists.

On 12 August, 2015 he was buried in the cemetery of the village Lukashivka, Bliznyukovsky district, Kharkiv region.