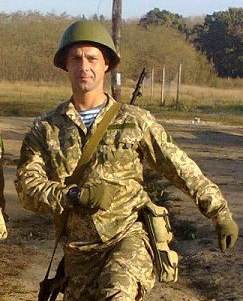 He worked as a cook in Kyiv.

Since the autumn of 2014 he took part in the anti-terrorist operation in eastern Ukraine.

On January 20, 2015 Oleg Chernish died in the defense of the international airport "Donetsk".

On January 27, 2015 he was buried in the cemetery of the village Zarichany Zhytomyr region.

On September 1, 2015 in Zhitomir Zhytomyr in front of the building trade and economic college Kiev Trade and Economic University (street Chernyakhovsky, 101), where Oleg Chernish studied, the memorial plaque was established.


DEDICATED MONUMENTS:
A plaque on the facade of Zhytomyr Trade and Economic College, where junior sergeant Chernish A.S. studied
﻿