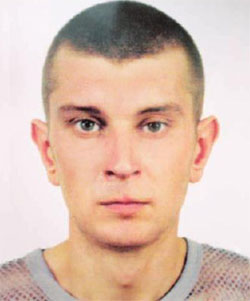 He was born on January 27, 1985 in the village Homyntsi, Romny district, Sumy region.

On September 3, 2014 near the village of Pobeda Novoaydarsky district, Luhansk region from Russian Federation it was fired from the MLRS "Smerch" to the base camp 27th reactive artillery regiment. The shelling killed 15 soldiers. During the silence between fire Vladimir Dudka rushed to assist comrades, who were in the destroyed bunker. But he was hit by another fire, in which he was injured and got the burns of varying severity.

On September 10, 2014 from injuries and burns Vladimir Dudka died at the Burn Center of the Kharkiv City Clinical Hospital ambulance and emergency care of Professor AI Meshchaninov city of Kharkiv.

On September 12, 2014 he was buried in the cemetery of the village Homyntsi, Romny district.