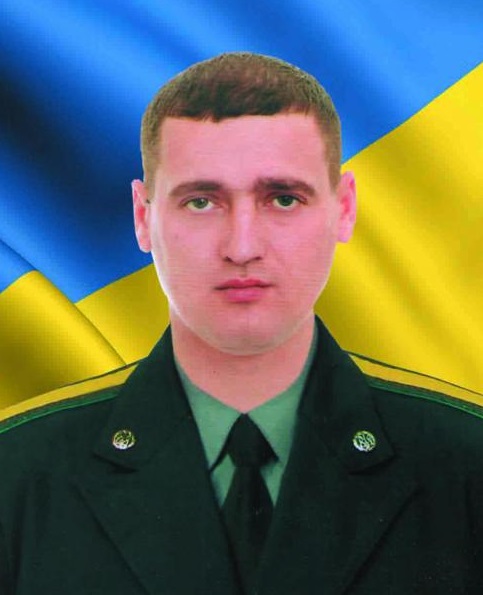 Yepifanov Serhiy Petrovych was the head of the department‘s workshop providing special facilities for the Department of Engineering and Technical Support of the Training Center for the Training of Junior Specialists of the State Border Guard Service of Ukraine, senior officer.

After the army, he worked as a mechanic for some time.

He served under the contract by the head of the workshop of the department of providing special equipment of the engineering and technical support department of the Training Center for the training of junior specialists of the State Border Guard Service of Ukraine (now - the name of Major General Igor Momot, military unit 9930, Orshanets village, Sosniv district, Cherkasy).

From 2011, he studied in absentia at the Educational and Scientific Institute of Physical Culture, Sports and Health of Cherkassy National University named after Bogdan Khmelnytsky (Cherkasy) in the specialty "Physical education".

In the spring of 2014, he participated in an anti-terrorist operation in eastern Ukraine.

On 14 June, 2014, the column of cars of the State Border Guard Service, in which Serhiy Yepifanov, the senior officer, was headed for the rotation to the units of the border guards with cargo of goods and goods. Around 10:00 on the outskirts of the city Mariupol, Donetsk region, in the district of the Azovstal Iron and Steel Works, a bridge was hit by an ambush of the militants on the bridge and it was fired from the automatic and sniper weapons and the grenade launchers. During the battle, Serhiy Yepifanov, the eldest, died as a result of a deadly wound in the head of a sniper rifle when he moved to the shelter.

During the confrontation, Major Mykola Zaitsev and official (driver), Olexandr Ostrovskiy were also killed. On the same day, Vitaliy Vinnichenko, a high-ranking carriage on the way to the hospital, died at the hospital, and Volodymyr Hrechanyi, a warrant officer in the city Mariupol died. Another 7 border guards were injured in various degrees of gravity.

On 17 June, 2014, he was buried in the cemetery of the Lvivka village, Zolotonosha district, Cherkasy region.

The parents, the wife and two daughters are left.

By the decision of the Ruspopolyansky village council on 10 mJuly , 2014 in the village Ruska Poliana, Cherkasy district, Cherkasy region, near which the Training center of training of junior specialists of the State Border Guard Service of Ukraine is located, the street of Forsostyan was renamed to Serhiy Yepifanov street.

On 23 September 23, 2014, in the village Skorykivka, Zolotonosha district, Cherkasy region, on the facade of the building of the secondary school (Soborna street), where Serhiy Yepifanov studied , the memorial plaque was established.

On 17 June, 2017, in the city Mariupol, Donetsk region, a memorial to the soldiers-frontier guards who were killed by terrorists on 14 June, 2014, including the name of Serhiy Yepifanov, was established.