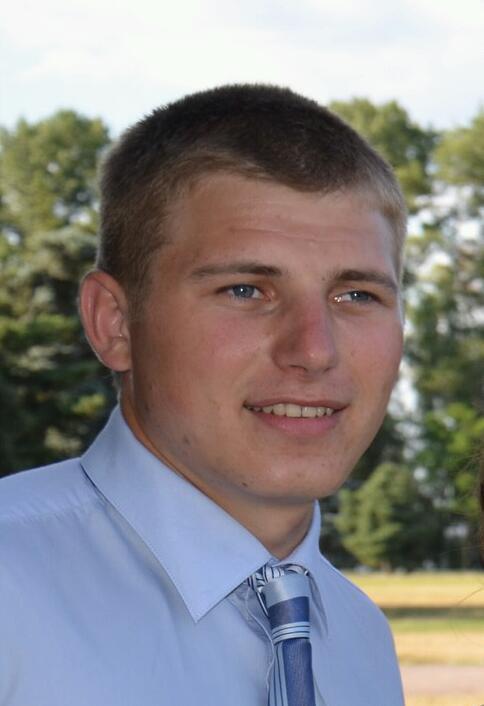 Vyacheslav Gaga Olegovych was the driver of engineer-sapper company of the 95th separate airborne brigade of highly mobile airborne troops of the Armed Forces of Ukraine, soldier.

In 2010, he won the first place in the Open Championship of Cherkasy region in combat sambo in the weight category up to 90 kg.

In 2013 he participated in the Cup of Ukraine in combat sambo among men, which took fifth place in the weight category up to 82 kg.

In 2013 he graduated the Educational and Research Institute of Physical Culture, Sport and Health Bohdan Khmelnitsky Cherkasy National University, speciality "Physical Education". After graduation, some time he worked as a teacher of Physical Education in a secondary school in the village Helmyaziv, Zolotonosha district.

Since October 2013 he had the military service under contract to the 95th separate airborne brigade of highly mobile airborne troops of the Armed Forces of Ukraine (military unit A0281 Town Zhytomyr).

In May of 2014 he participated in the defense of a military airfield in Kramatorsk.

On June 3, 2014 during a combat mission to destroy enemy checkpoint near the town of Slavyansk (Donetsk region) in the Task Force, Vyacheslav Gaga received a serious injury to the leg. After treatment and rehabilitation he returned to the line-up for further duty.

On January 26, 2015 near the village of Spartak Yasinovatskiy Donetsk region during combat tactical group of company, a mine exploded APC, which Vyacheslav Gaga drove, as a result, he was injured. Gaga soldier died on the way to hospital from the significant blood loss.

On January 29, 2015 he was buried in the cemetery of the village Pleshkani Zolotonosha district, Cherkasy region.

On September 1, 2015 in the village Helmyaziv Zolotonosha district on the facade of the building a secondary school (Queen Street, 6), where Vyacheslav Gaga studied and worked, the memorial plaque was established.