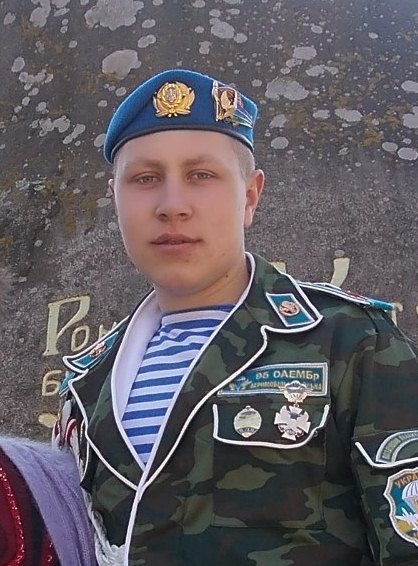 He was born on May 3, 1992 in the village of Fame Chernyakhivsky district, Zhytomyr region.

On June 13, 2014 around 13:25 hours near the settlement Hrestysche Slavic Donetsk region during the evacuation support column of army aviation technology was fired by militants with grenades and small arms. During the battle APC soldier Holyachenko summed, resulting in burns he received the trunk and limbs, gunshot and shrapnel wounds left shoulder and arm. Alexander once was taken for treatment in Kharkiv, where he was transferred to the burn center of the 4th Central Clinical Hospital in Kharkiv.

On June 16, 2014 at 13:00 pm by the doctor information 4th Central Clinical Hospital in Kharkiv learned that at 7:40 pm Alexander Holyachenko soldier died of his wounds.

On June 19, 2014 he was buried in the cemetery of the village fame Chernyakhivsky area.