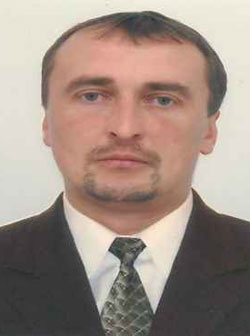 Horban Dmytro Illich was a serviceman of the 58th individual motorized infantry brigade of the Land Forces of the Armed Forces of Ukraine, a soldier.

In the late 1990s he was in the regular military service in the Armed Forces of Ukraine. He served in troops of communication.

After the army he served under the contract in the border troops of Ukraine. After the contract, he traveled to Italy for earnings. Since 2010 he had been studying at the correspondence department of Bukovinsky State Finance and Economics University.

Prior to October 2010, he worked as Chief Accountant in the Shepit Village Council, Putylsk District, Chernivtsi Oblast. From 31 October, 2010 to 25 October, 2015 - chairman of the Shepit rural council.

In the winter of 2013-2014, during the Revolution, he was engaged in volunteering, brought the clothes and the food to the Maidan.

From November, 2015, he participated in the anti-terrorist operation in eastern Ukraine.

On 14 January, 2016, Horban died at a military hospital in the city Kramatorsk, Donetsk region, from the heart failure (cardiovascular disease), which developed on the background of pneumonia.

On 16 January 16, 2016, he was buried in the cemetery of the village Shepit, Putylsk district, Chernivtsi region.

The wife and two daughters are left.