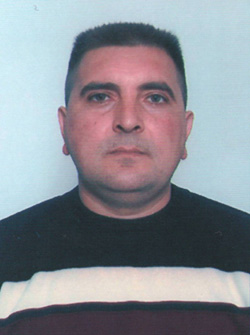 He was born on August 2, 1972 in Tatarburnary, Odessa region. As a child he moved with his parents to the Crimean village, Novoaydarsky district, Voroshilovgrad (now - Luhansk) region. He graduated the high school of the village Krumske. He worked as an assistant combiner driver and a local farm. .

In November 1990 he was called up for military service. He underwent military training in the educational unit. He served as the commander of the department and deputy platoon commander in the 48th Infantry Division troops KGB (August 1991 - as part of the troops of the Kiev military district, March 1992 - as part of the National Guard of Ukraine, August 1992 - 6th Ukraine Division of the National Guard, a military unit 2280, Bashkyrivka village Chuguev district Kharkiv region). In 1992, during the military conflict Transnistria he served at the border with Moldova participated in operations in the Transnistrian section of the border. In late 1992 Sergeant H.D.Hytrenko was discharged. .

He lived in the village Krumske, Novoaydarsky district, Luhansk region. He was the founder and the leader of the local community formation for the protection of public order. Twice he was elected the deputy of the Krumske village council. .

On August 29, 2014 Russian Cossack communities with "Big Don army" after the capture of Krumske village massacre was committed by local residents. Gennady Hytrenka was shot for his patriotic stance occupants with a gun in the yard of his own house. .

He was buried in the cemetery Crimean villages. .

The wife and the father remain. .