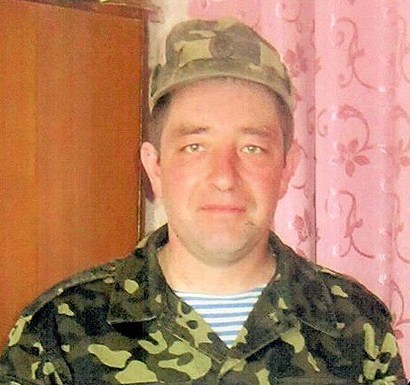 On May 13, 2014 during a combat mission by escorting (accompaniment) calculations 82mm mortars 2B-9, and the food at checkpoints on the outskirts of the village Oktjabrskoe Slavic Donetsk region, about 12:30 hours the column was fired from ambush. Militants attacked with grenades and were dense with small arms fire. More 30-40 attackers arrived in ambush in advance and they were located along the river in the bushes. The first shots of the grenades fell into second APC engine that caught fire and GAZ-66. The soldiers took the fight, which killed 6 soldiers and injured eight different degrees of severity. As a result of the battle Junior Sergeant Khrushch died.

On May 17, 2014 he was buried in the cemetery in the village Verhivnya, Ruzhin district, and Zhytomyr region.

The wife and three children remain.