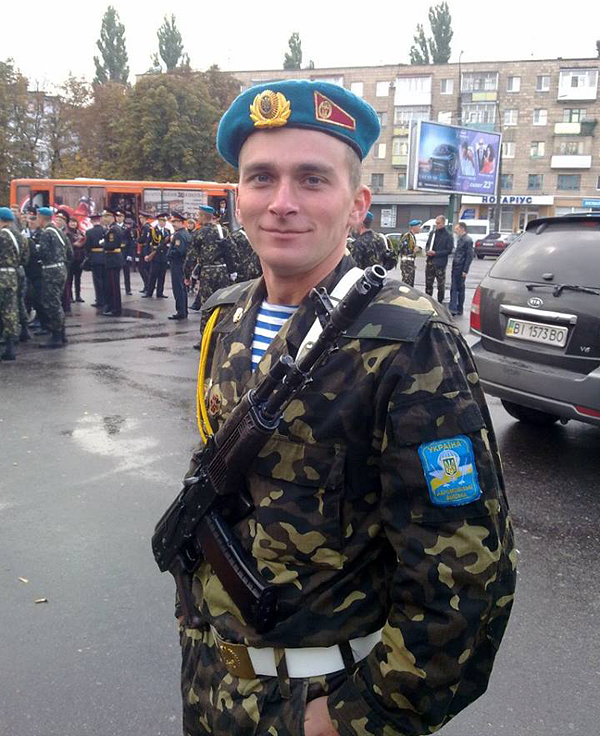 Kandela Volodymyr Vasyl‘ovych was the sergeant of the logistics company of the 25th separate Airborne Brigade highly mobile airborne troops of the Armed Forces of Ukraine, Junior Sgt.

Since April 2013 he served under contract in 25th separate Airborne Brigade highly mobile airborne troops of the Armed Forces of Ukraine (A1126, Hvardieske, Novomoskovsk rayon), served as a sergeant with the logistics company.

Since April 2014 he took part in anti-terrorist operation in eastern Ukraine.

In August 2014 junior sergeant Kandela was in a group of volunteers who defended the strategic height of Saur-Tomb (Miner region Donetsk region).

On 19 August, 2014 Kandela junior sergeant was killed during the assault on Saur-Mohyla by Russian terrorists. He was inside the memorial to the heroes of Saur-Mohyla when he shot an enemy tank. Being mortally wounded, Junior Sergeant Kandela covered the body of the seriously wounded commander Colonel Potekhin.

He was buried in the cemetery of the village Pershotravenka Magdalinovskiy of Dnipropetrovsk region.

On 18 June, 2015 in Dnepropetrivsk (now - Dnepr) in the building of the Dnepropetrovsk State Agricultural and Economic University (street Sergey Efremov, 25) the memorial plaque was opened in honor of graduates killed in eastern Ukraine, including the name of Junior Sergeant Volodymyr Kandela.

The parents, brother, fiancee and daughter (born after the death of Volodymyr Kandela) are left.