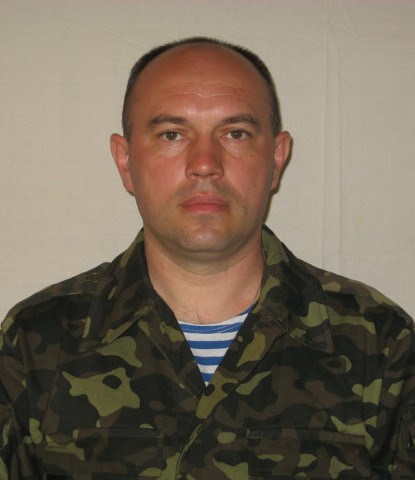 He was born in December 2, 1975 in Frunze of Kyrgyz Soviet Socialist Republic (now - Bishkek, Kyrgyzstan). In 1991 he graduated the secondary school №123 city of Kriviy Rih, Dnepropetrovsk (now - Dnipro) region. In the 1990s he worked at PJSC "ArcelorMittal Kryviy Rih".

In June 14, 2014 around 1:00 am, military transport aircraft IL-76 MD Air Forces of Ukraine, during the approach to the airfield Lugansk city, was hit by terrorists of portable anti-aircraft missile system. The plane had 40 soldiers of the 25 th separate Dnepropetrovsk Airborne Brigade, including Junior Sergeant Kosnar and 9 crew members. As a result of the disaster, the entire personnel of troops and aircrew were killed.

In the city of Kriviy Rih in front of the building of secondary school №123 (street Mykolaiv highway, 18), where Pavlo Kosnar studied, the memorial plaque was established.