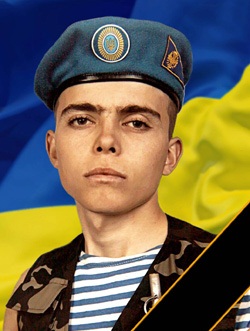 He served in the 24th Iron behalf of Prince Daniel Galician Detached Mechanized Brigade of the Land Forces of the Armed Forces of Ukraine (military unit A0998, sycamore city Lviv region).

On July 11, 2014 near the village Zelenopillya Sverdlovsk district, Luhansk region around 4:30 am n-terrorist groups fired from the MLRS "Grad" to the checkpoint of Ukrainian military shelling killed 19 soldiers, among them Yuri Kostiv was.

On July 19,2014 he was buried in the cemetery of the village Starychi Yavoriv district.