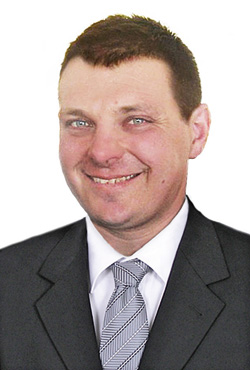 He was born in January 23, 1983 in the village of Villa Nova, Pavlograd district, Dnepropetrovsk (now - Dnipro) region. In 2000 he graduated the secondary school new village Cottage Pavlogradsk district. From May 2001 to October 2002 he passed military service in the Armed Forces of Ukraine. In 2004 he graduated from Dnipropetrovsk Polytechnic College, speciality “Applied ecology”. After college he worked at PJSC "DTEK Pavlogradugol" GSP "Mine" West Donbass ", then GSP" Mine "Dnepr". From 2012 he studied at the National Mining University (Dnipro city) on part-time basis.

In June 14, 2014 around 1:00 am, military transport aircraft IL-76 MD Air Forces of Ukraine, during the approach to the airfield Lugansk city, was hit by terrorists of portable anti-aircraft missile system. The plane had 40 soldiers of the 25 th separate Dnepropetrovsk Airborne Brigade, including soldier Kotov and 9 crew members. As a result of the disaster, the entire personnel of troops and aircrew were killed.

He was buried in the cemetery of the village Nova Datscha, Pavlogradsk district.

In the village of Villa Nova, Pavlogradsk district in front of the building of secondary school (street Pushkin, 7), where Alexander Kotov studied, the memorial plaque was established.

The parents, the wife and the son remain.