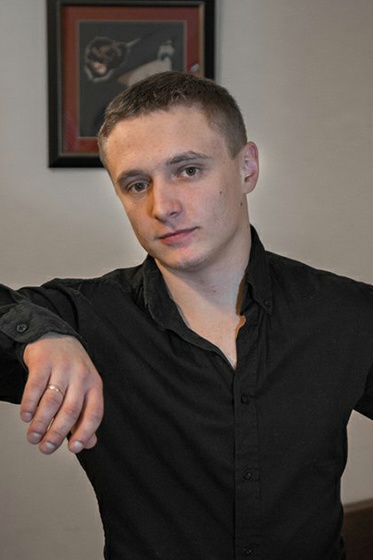 He was born on November 23, 1990 in the village Sabanivka Radekhiv district, Lviv region. In 2008 he graduated the secondary school №2 Radekhiv city, and in 2010 - Lutsk Higher Vocational School of Construction and Architecture profession "Plumber".

He passed the military service.

He worked in private enterprise "Center of Business Security" Lviv.

On July 11, 2014 subsection 24 th separate mechanized brigade, which served senior soldier Kratko, about 4:30 am near the village Zelenopillya Sverdlovsk district, Luhansk region was shelled by Russian-terrorist group of MLRS "Grad" in shelling Roman Briefly was injured, but during evacuation by helicopter he died of significant blood loss.

On July 19, 2014 he was buried in the cemetery of the village Sabanivka, Radekhiv district.

On July 11, 2015 in Radekhiv on the facade of the building of secondary school №2 (Selezinkiv Str, 1), where Roman Kratko diead, the memorial plague was established.