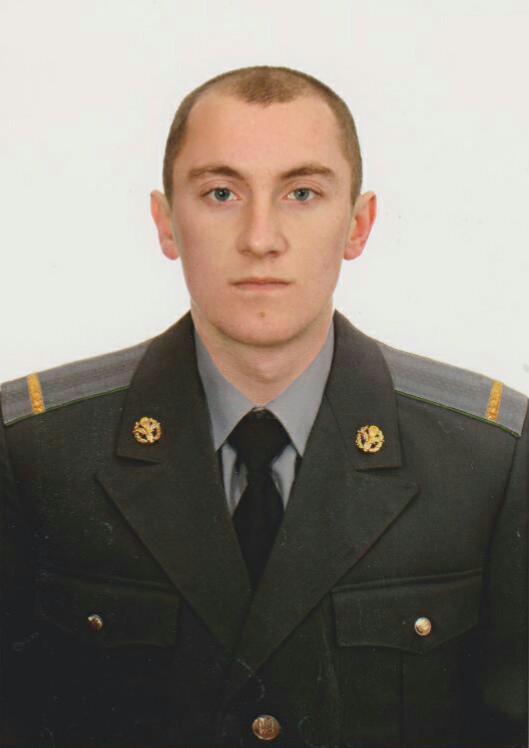 Kryzhak Vitaliy Mykolayovych was the operator of the antitank platoon separate motorized infantry company of the 12th battalion of territorial defense "Kyiv" the Armed Forces of Ukraine, the senior soldier.

He was born on 12 May, 1988 in the village Trebuhivtsi, Letychiv district, Khmelnitsky region. In 2005 he graduated the secondary school of Trebuhivtsi , then - Holoskivskyy professional agrarian lyceum of Village Holoskiv, Letychiv district specialty "Tractor driver - the driver of agricultural production."

On 14 August, 2014 he was voluntarily applied to Letychiv-Starosynyavskiy Joint District Military Commissariat and he was sent for the military service mobilization in the 184 th Training Center of the Army Academy named after hetman Sahaidachny Armed Forces of Ukraine (military unit A2615 village Starychi Yavoriv District Lviv region). After graduation, he was sent for further military service in the 12th battalion of territorial defense "Kyiv" the Armed Forces of Ukraine (since October 2014 re-formatted in 12-th separate mechanized infantry battalion 26th individual Artillery Brigade of the Land Forces of the Armed Forces of Ukraine, military unit wild-mail V2277 Berdichev, Zhytomyr region).

Since September 2014 he took part in anti-terrorist operation in eastern Ukraine.

On 26 November, 2014 when crossing the checkpoint near the village Rayhorodka,Novoaydarsky district, Luhansk region, where шт the truck where the senior soldier Kryzhak was, was shot with small arms. In the result of the shelling Vitaly Kryzhak died from the received injuries.

He was buried in the cemetery of the village Trebuhivtsi, Letychiv district.

In the village Trebuhivtsi on the facade of the building of secondary school (street Gagarina, 1), where Kryzhak Vitaliy studied, the memorial plaque was established. On 24 August, 2015 in Berdichev Zhytomyr region territory military unit A0409 there was opened the outdoor memorial to fallen soldiers of the 26th separate artillery brigade and the 12th separate infantry battalions, including the name of the senior soldier Vitaly Kryzhak.