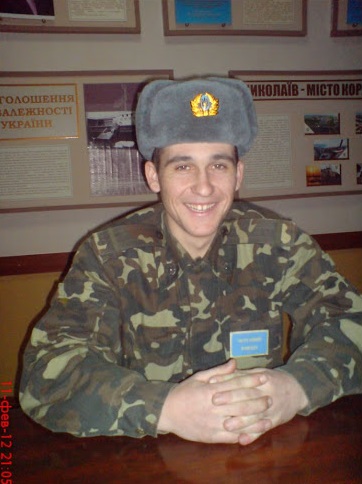 In 2011-2012 he passed the military service in the Armed Forces of Ukraine.

On July 11, 2014 near the village Zelenopillya Sverdlovsk district, Luhansk region around 4:30 am n-terrorist groups fired from the MLRS "Grad" to the checkpoint of Ukrainian military shelling 19 soldiers of Iron 24th separate mechanized brigade and 9 soldiers 79th separate airborne brigade killed, among them Alexander Kruk was. Only 3 weeks after the attack, the body of Alexander was identified through DNA examination.

On July 30, 2014 he was buried in the cemetery of the village Solonchaki, Ochakiv district.

On December 5, 2014 in the village of Salt Flats Ochakiv district on the facade of the building of secondary school (street Ochakovskaya, 25), where Alexander Kruk studied, the memorial plaque was established to him.