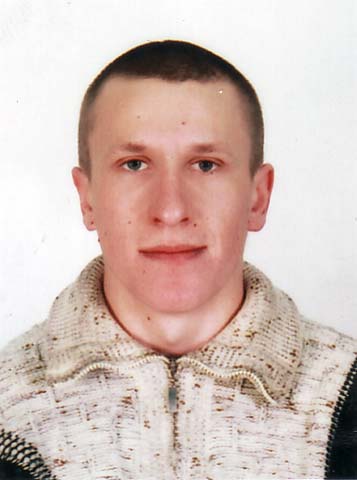 Malyanivs‘kyy Vasyl‘ Ivanovych was the the driver of the 9th Battery of the 3rd Division 26th Artillery Brigade separate Army of the Armed Forces of Ukraine, the senior soldier.

Since 2010,he had the military service under contract in a separate 26th artillery brigade of the Land Force of Ukraine (military unit A3091 city Berdichev, Zhytomyr region).

Since July 2014 he took part in anti-terrorist operation in eastern Ukraine.

On 31 August, 2014 senior soldier Malyanivskyy was killed near the village Vesela Hora, Slavyanoserbsk district, Luhansk region during the attack, which was carried out from the territory of the Russian Federation.

On 3 September , 2014 he was buried in the cemetery of the village Andriyashivka, Berdichev district.

On 29 October, 2014 in the village of Berdichev, Andriyashivka area in front of the building of secondary school (Garden Street, 8), where Malyanivs‘kyy Vasyl‘ studied, the memorial plaque was established.

In 2015, in the village Kyryyivka, Lubarsky district in front of the building of secondary school (Lenin Street, 26), where Malyanivs‘kyy Vasyl‘ studied, the memorial plaque was established.

On 24 August, 2015 in Berdichev in territory of the military unit A3091 there was outdoor memorial to fallen soldiers of the 26th separate artillery brigade and the 12th separate infantry battalion, including the name of the senior soldier Malyanivs‘kyy Vasyl‘.