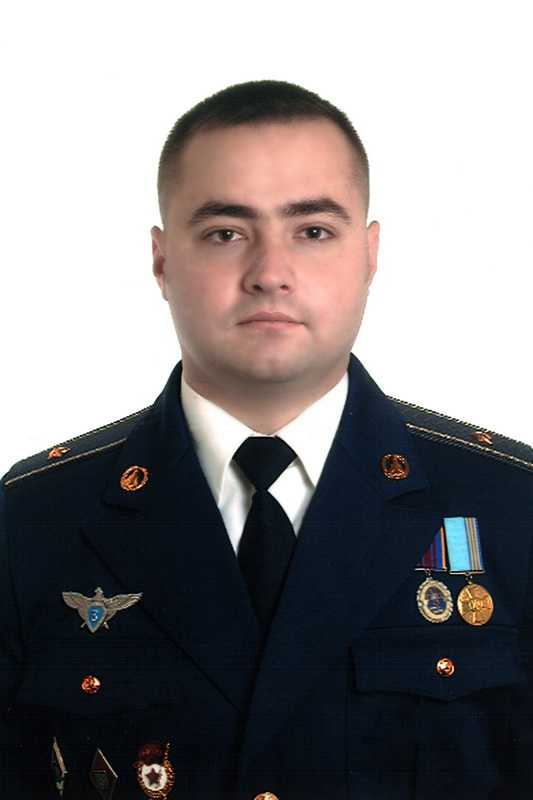 Since 1998, he was in the Armed Forces of Ukraine. In 2002 he graduated the Kharkov Institute of the Air Force (now - Kharkiv Air Force University named after Ivan Kozhedub).

Since 2002, he served in the 456th Guards Volgograd Order of Red Banner Brigade transport aircraft of the Air Force of Ukraine (military unit A1231; Gavrishovka village Vinnytsia region Vinnytsia region).

From May to July 2014 military transport aircraft AN-26 (board №19), which was the crew commander Dmitry Mayboroda, completed 35 combat flew into the zone of antiterrorist operation. Doing the task of delivering humanitarian and military cargoes, transfer of personnel, evacuate the wounded and cargo parachute dropping way.

On July 14, 2014 military transport aircraft AN-26 (board №19), directed Majboroda Guard Major, performed combat tasks cargo parachute and landing way of material and technical means in the area of anti-terrorist operations. Around 12:00 pm near the town of Krasnodon Luhansk region at an altitude of 6500 meters plane was shot guided missile of class "air-air" with Russian Federation. As a result of the defeat left the aircraft engine and electric refused, then the AN-26 began to tumble on the left wing with a turn to the left. Dmitry Mayboroda crew commander ordered the team to leave the plane, and the Assistant Dmitry Shkarbunom tried to align the trajectory and to enable the team to safely leave the aircraft. Major Mayborody Guard and Guard Major Shkarbunu failed to escape, the plane went down near the village of Nikolskoye, David Krasnodon district, Luhansk region, taking with them the lives of two brave and dedicated pilots who until recently remained at the helm, thus saved the life of five crew members and military personnel, who accompanied the cargo.

On September 29, 2014 he was buried in the Alley of Glory Central Cemetery of Vinnitsa.

According to President of Ukraine Decree №917 / 2014 of 4 December 2014 in the exceptional courage and sacrifice, found in the defense of national sovereignty and territorial integrity of the Ukrainian state, military loyalty oath Major Dmitry Mayboroda posthumously awarded the title Hero of Ukraine and the the order "Gold Star".

In April 17, 2015 Guards Major Dmitry Mayboroda was awarded to another colonel rank (posthumously).

On April 30, 2015 in Vinnytsia on the facade of the building of secondary school number 26 (street Khmelnytsky Highway 27), where Hero of Ukraine Dmitry Mayboroda studied , the memorial plaque was established.

In April 2015 Ukrpochta continued a series of art marked envelopes titled "Glory to the Heroes!", Launched in December 2014 to the date of the Armed Forces of Ukraine and the Ministry of Defense and the National Guard of Ukraine. On one of the envelopes Hero of Ukraine, Major Dmitry Mayboroda was depicted.

On August 20, 2015 in Vinnitsa in the museum of the Air Force of Ukraine (street Red Army, 105)the bronze bust of Hero of Ukraine Dmitry Mayborodawas opened on the Walk of Fame .

On November 18, 2015 decree of the President of Ukraine, the aircraft AN-26 (board №35) 456 Volgograd Guards Order of Red Banner Brigade transport aircraft of the Air Forces of Ukraine, was named after the Hero of Ukraine Dmitry Mayboroda.

On December 25, 2015 during a regular session of the Vinnytsia city council decided to rename the street from Zbyshka to Dmitry Mayboroda.

The parents, sister and wife remain.