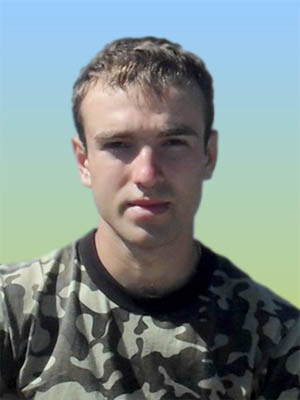 Moses Vasyl Mikhailovich was the social activist, a participant of Euromaidan.

From 2010 he studied at the faculty of social communication and rehabilitation Lutsk Institute of Human Development University "Ukraine" in the direction of "Human Health" (Lutsk, Volyn region). During training he established itself as a capable and diligent student, participated in the student life of the Institute, helping to prepare the student permission sporting events. He was active in sports, loved to travel and organized hiking, strongest loved to travel the Carpathians. He was a member of a political party "Freedom" and a member of the Ukrainian Cossacks.

In winter 2013-2014 years he actively participated in the Revolution of dignity at the Independence Square in Kiev, which he visited several times. He was a member of the 35 th hundreds of self-defense "Volyn Sich", had a pseudo "Crook". At last he came here on the night of 18 to 19 February 2014. He was in the forefront, on the barricades.

In the morning of February 20, 2014 during a confrontation on the street Institutska Vasil Moysey got the abdominal wound through-sniper bullet. Man did not save even the fact that he was civilian body armor. He was seriously wounded (bullet damaged the important blood vessels) he was taken to hospital №17 of Kyiv, because of the injuries he died.

On February 23, 2014 he was buried at the memorial complex "Eternal Glory" in Lutsk.

According to President of Ukraine Decree №890 / 2014 of 21 November 2014 in the civic courage, patriotism, heroic defending constitutional principles of democracy, human rights and freedoms, selfless service to the Ukrainian people identified during the Revolution of dignity Moysey Vasyl was posthumously awarded the title Hero of Ukraine with the Order "Gold Star".