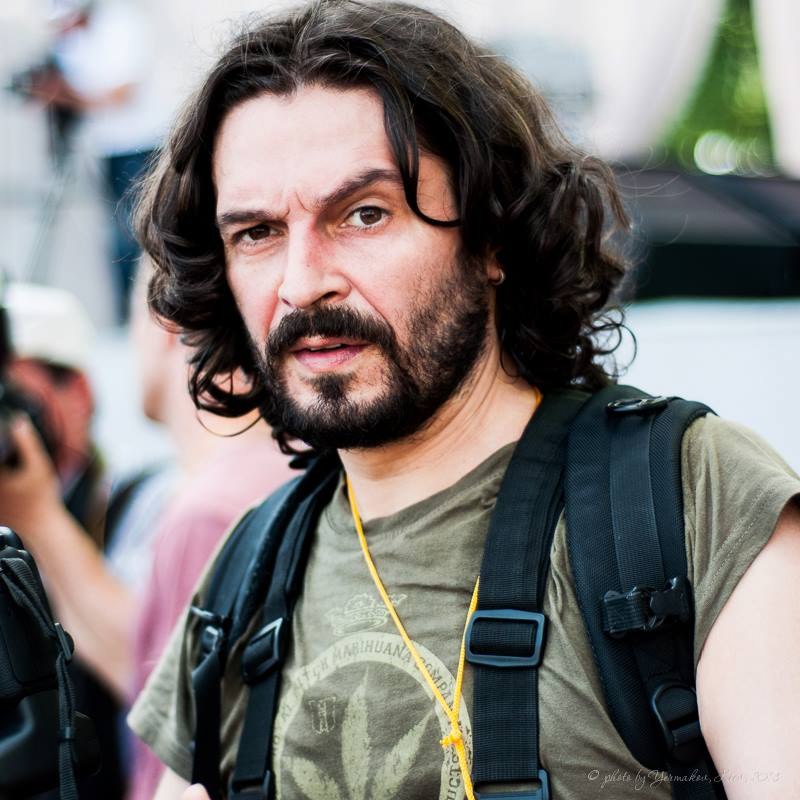 Nikolayev Serhiy Vladyslavovych was the military correspondent, the staff photojournalist of the newspaper "Segodnya".

He worked as a designer at an advertising agency in the city of Kiev. Since April 2008 - a regular photocopier of the newspaper "Segodnya", the city Kyiv. He was on business trips in Iran, Somalia, Libya, Kenya, Turkey, Georgia, Uzbekistan, Kazakhstan, Kyrgyzstan.

He was a member of the National Union of Journalists of Ukraine.

In 2013, his personal exhibition "Childless Childhood" was held - about the conditions under which children grow during the war.

In the winter of 2013-2014, during the Revolution, he made the photographic reports on Independence Square in Kyiv, he was repeatedly injured.

From February 2015 he was in the anti-terrorist zone in eastern Ukraine. Serhiy Nikolayev made a report for the newspaper "Segodnya" and for his future photo exhibition.

On 28 February, 2015 Serhiy Nikolayev, along with his friend Bohdan Rossinsky, accompanied by a fighter of Volunteer Ukrainian Corps "Right sector" Mykola Fleerko took the pictures in the village Piski, Yasinuvata district, Donetsk region. When returning to the base, the correspondents and the DUK "Right Sector" fighter hit a mortar shelling, one of the mines was torn apart next to them. As a result of the explosion, Serhiy Nikolayev was seriously injured in the fragments in his right leg and arm, as well as the numerous fragile injuries throughout the body. He was taken to the railway hospital of the city Krasnoarmeysk (now Pokrovsk) in the Donetsk region where they operated. Doctors fought for the photojournalist‘s life, but their efforts proved to be useless. Serhiy Nikolayev died of wounds on the operating table.

As a result of the explosion, the heavyweight fragmentary wound in the neck was also received by a fighter of the Volunteer Ukrainian Corps "Right Sector" Mykola Flerko, who died soon. Photo correspondent Bogdan Rossinsky suffered from a slight fragile wounded hand.

He was buried at the Forest Cemetery in Kyiv.