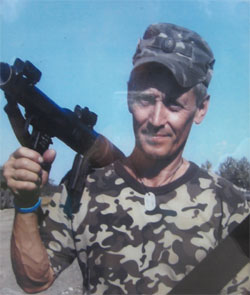 He was born on August 4, 1968 in Sumy. He graduated the secondary school №1 city of Sumy.

He served in the German Democratic Republic. Then he was in 169 academic Revolutionary Guards Red Banner and Suvorov II degree heart of the Land Force of Ukraine (military unit A0665; urban village Desna Kozelets district, Chernihiv region). After some time he left the military service and was retired.

He worked as a mechanic at PJSC "Sumy plant" Nasosenergomash "city of Sumy.

On September 3, 2014 near the village of Pobeda Novoaydarsky district, Luhansk region from the Russian Federation it was fired from the MLRS "Smerch" to the base camp 27th reactive artillery regiment. The shelling killed 15 soldiers, among them Nikolai Osipov was.