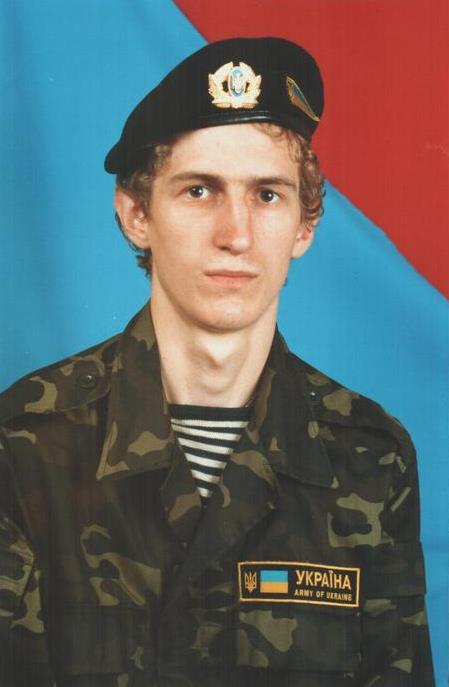 Polehen‘ko Dmytro Pavlovych was the captain of 1st Division of the 1 st Company of the Protection of the 13th Territorial Defense Battalion of Chernihiv-1 of the Armed Forces of Ukraine, a soldier.

He was born on 27 March , 1988 in the city Chernihiv. In 2005, he graduated the 9th forms of secondary school №14 of the city Chernihiv, then - Chernihiv professional lyceum of the woodworking industry. He worked as a furniture assembler in the construction hypermarket Vienna in Chernihiv.

In the winter of 2013-2014, during the Revolution of Virtue, he was repeatedly on the Independence Square in Kyiv.

From spring-summer 2014, he participated in the anti-terrorist operation in eastern Ukraine.

On 18 August , 2014, a soldier Polehen‘ko died in the area of the village Makarov, Stanychno-Luhansk district, Luhansk region during the shelling of the positions of Ukrainian military forces from the rocket launch rocket "Grad" and self-propelled artillery units.

On 21 August, 2014 he was buried in the Yatsevo cemetery in Chernihiv.

On 22 November, 2016, in the city Chernihiv, a memorial plaque was established for him at the building of the general school №14 (30 Tekstilnikov Street), where Polehen‘ko Dmytro studied. In the school, in memory of the Hero, a corner of fame was created.