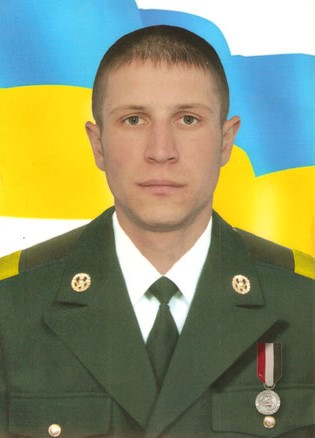 He was born in December 1, 1983 in Slavuta, Khmelnitsky region. He graduated the secondary school №1 Slavuta.

He took part in the UN peacekeeping mission in Iraq.

On June 19, 2014 near the village of urban Yampol and villages Zakitne Krasnolymanskiy district, Donetsk region during a combat mission, during which it was necessary to push deep into the territories temporarily controlled by militants to destroy the fortifications and to release the settlements, military 24th separate mechanized brigade entered into battle with the Russian-terrorist groups. As a result, about 30 combat soldiers received injuries of varying severity and 7 soldiers were killed, among them Sergeant Povstyuk was.

The wife and daughter remain.