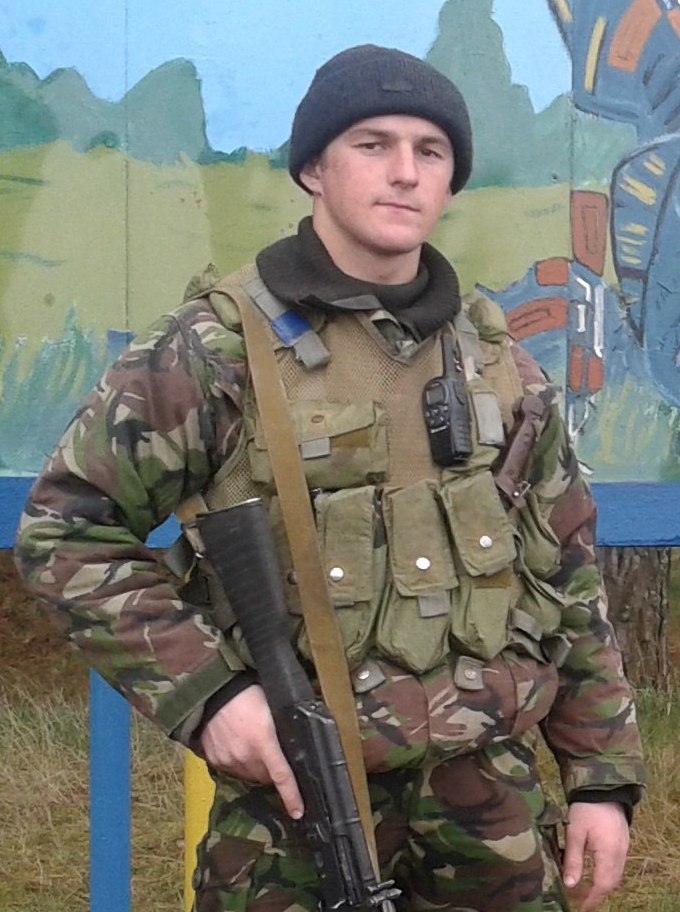 Since January 2014 he had military service under contract to the 24th Iron behalf of Prince Daniel Galician Detached Mechanized Brigade of the Land Forces of the Armed Forces of Ukraine (military unit A0998, sycamore city Lviv region).

On June 19, 2014 near the village of urban Yampol and villages Zakitne Krasnolymanska district, Donetsk region during a combat mission, during which it was necessary to push deep into the territories temporarily controlled by militants znyschity strengthen and release the settlements, military 24th separate mechanized brigade entered into battle with the Russian-terrorist groups. As a result, about 30 combat soldiers received injuries of varying severity and 7 soldiers were killed, among them senior soldier Pruhid was.

On June 23, 2014 he was buried in the cemetery of the village Semyrivka Yavoriv district.

On February 20, 2015 during the session Yavoriv District Council made a decision on awarding Symerivskiy secondary school in the honor of George arrives.

On September 6, 2015 in the village Semyrivka Yavoriv district on the facade of the building of secondary school (street John, 110), where Yuri Pruhid studied, the memorial plaque was established.