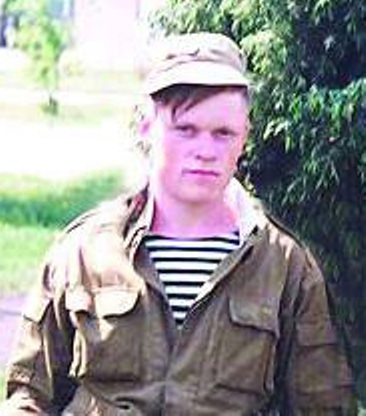 Pryymak Vitaliy Mykolayovych was the machine gunner of the 30th individual mechanized brigade of the Land Forces of the Armed Forces of Ukraine, a soldier.

He was born on 10 November, 1977 in the village Polyanka, Baranivsk district, Zhytomyr region. He graduated the secondary school.

He lived in the village Berestovka, Baraniv district, Zhytomyr region.

In the spring of 2014 he was mobilized into the Armed forces of Ukraine. He served as a machine gunner of the 30th individual mechanized brigade of the Land Forces of the Armed Forces of Ukraine (military unit A0409, the city of Novograd-Volyn, Zhytomyr region).

On 6 August, 2014, a column of Ukrainian military personnel with equipment, consisting of a soldier Pryymak, was hit by a mortar shell near the village Stepanivka, Shakhtarsk district, Donetsk region. As a result of a firing, a serviceman was killed.

On 9 August, 2014 he was buried in the cemetery of the village Berestovka, Baranivsk district, Zhytomyr region.

On 4 August, 2015 in the village Berestovka near the memorial to the heroes of the Second World War a memorable sign dedicated to Vitaliy Pryymak was established.