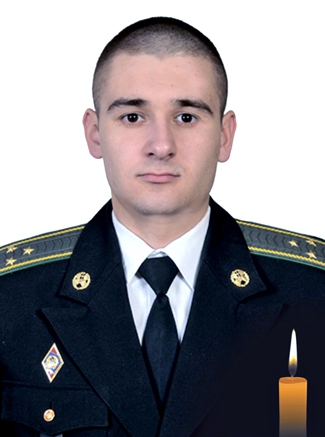 Rodych Andriy Ihorovych was the commander of the automobile platoon of the company providing the 24th separate mechanized Samara-Ulyanovsk Berdichev Iron Order of the October Revolution, three orders of the Red Banner, orders of Suvorov and Bohdan Khmelnytsky Brigade named after Prince Danyllo Halitskiy Land Forces of the Armed Forces of Ukraine, captain (posthumously).

He was born on 5 March, 1988 in the city Lviv. In 2004, he graduated the 9th forms of the general school №73 in the city of Lviv, in 2006 - the Lviv State Lyceum with the enhanced military-physical training named after the Heroes Krut.

Since 2006 he was in the Armed Forces of Ukraine. In 2011, he graduated the Land Forces Academy named after Hetman Petro Sagaidachny (Lviv city), specializing in Automobile Equipment of the Army.

From 2011 he served in the 24th separate mechanized Samara-Ulyanovsk Berdichev Iron Order of the October Revolution, three times the Order of the Red Banner, the orders of Suvorov and Bohdan Khmelnytsky Brigade named after Prince Danyl Galician Land Forces of the Armed Forces of Ukraine (military unit A0998, the city of Yavorov, Lviv region).

In the spring of 2014, he participated in an anti-terrorist operation in eastern Ukraine.

On 29 July, 2014, the car "URAL", led by senior lieutenant Rodych, exploded near the village of Volnukhin ,Lutuginsky district, Luhansk region. As a result of the explosion, Andriy Rodych, died on the spot.

On 14 August , 2014 he was buried in the field of Honorable burials №76 Lychakiv cemetery in the city Lviv.

He was awarded the Order of Bohdan Khmelnytsky III class (Nov 14, 2013, posthumously).