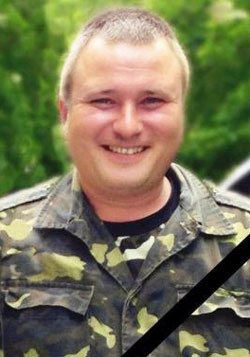 From 2001 to 2004 he had the military service under contract to the 121st base storing military equipment of the Armed Forces of Ukraine (military unit A1112; Pyriatyn city Poltava region).

He worked as an entrepreneur in the transportation of passengers.

On August 6, 2014 Shlyakhtich soldier was killed while the attempt of militants to attack positions Ukrainian soldiers and to seize the strategic height near Kurgan Saur-Tomb Shakhtarsk, Donetsk region.

On August 8, 2014 he was buried in the town cemetery in Pyriatyn.

The wife and daughter remain.