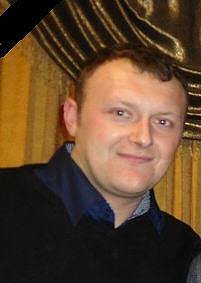 He was born on November 5, 1983 in Berdichev, Zhytomyr region. He studied in the Shevchenko specialized secondary school №1 of Berdichev.

In May 13, 2014 on the outskirts of the village Oktjabrskoe Slavic Donetsk region column units 95th separate airborne brigade which included junior sergeant was Sidletskyy during a combat mission by escorting (accompaniment) calculations 82-millimeter mortars 2B-9 and Food at checkpoints, was fired from ambush. Militants attacked with grenades and were dense with small arms fire. More 30-40 attackers arrived in ambush in advance and they were located along the river in the bushes. The first shots of the grenades fell into second APC engine that caught fire and GAZ-66. Marines took the fight, which killed 6 soldiers and injured eight different degrees of severity. As a result of the battle Sergey Sidletskyy got the concussion, but refused for hospitalization and continued to perform combat tasks in the area of anti-terrorist operations.

On June 28, 2014 on the TV channel ICTV it was shown a documentary with Sergei Sidletskoho - "cutting edge". This special project ICTV channel on the war in eastern Ukraine, the fighters ATO courage, their martial fraternity and reciprocity.

On October 5, 2014 during a combat mission to patrol the Donetsk airport Column Armed Forces Ukraine came under fire from terrorists. In the result of shelling Sergei Sidletskyy was killed, receiving the injuries.

On October 8, 2014 he was buried in the village cemetery Hryshkivtsi, Berdichev district, Zhytomyr region.

On December 17, 2014 in Berdichev in the house (street Kotovsk, 74 b), where Sidletskyy Sergei lived, the memorial plaque was established.

On June 25, 2015 during the 66th regular session of Berdichev City Council decided to rename the street from Dimitrova Street to Sergei Sidletskoho.