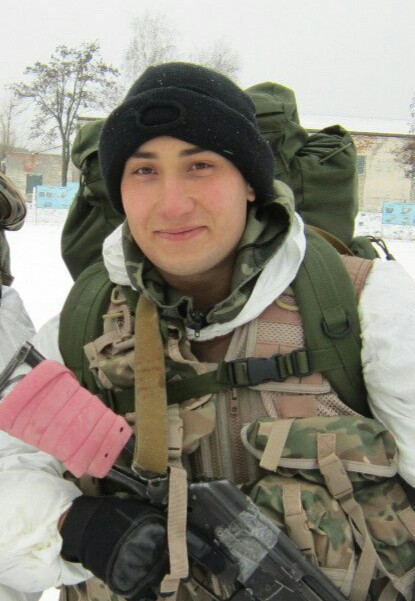 Synyuk Denys Serhiyovych was the scout of the reconnaissance platoon of the 1st airborne assault battalion 95th separate airborne brigade of highly mobile airborne troops of the Armed Forces of Ukraine, soldier.

On 26 January, 2015 soldier Synyuk was killed when an engagement to evacuate wounded soldiers was from the battlefield, when his unit came under mortar attack near the village of Spartak, Yasinovatskiy district, Donetsk region near the International airport "Donetsk".

On 29 January 2015 he was buried in the Alley of Heroes in Bozhenkivskiy cemetery in Poltava.

On 12 February, 2016 in Poltava on the facade of the building school №17 (boulevard of Bohdan Khmelnytsky, 15), where Synyuk Denys studied, the memorial plaque was established.

The parents and the wife are left.