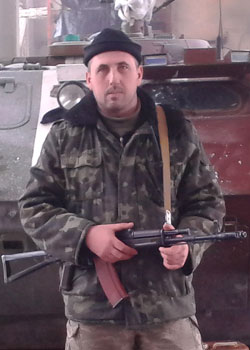 Stasyuk Oleksandr Yuriyovych was a serviceman of the 72nd individual mechanized brigade of the Land Forces of the Armed Forces of Ukraine, junior sergeant.

On 3 April, 2016, the junior sergeant Stasyuk died of a heart attack in Volnovakha, Donetsk region, during a volleyball game with his comrades. The cause of death was acute coronary insufficiency and coronary heart disease. The serviceman had only two days before demobilization.

On 7 April, 2016, he was buried in the cemetery of the village Novopetrivka, Vysokopil district, Kherson region.