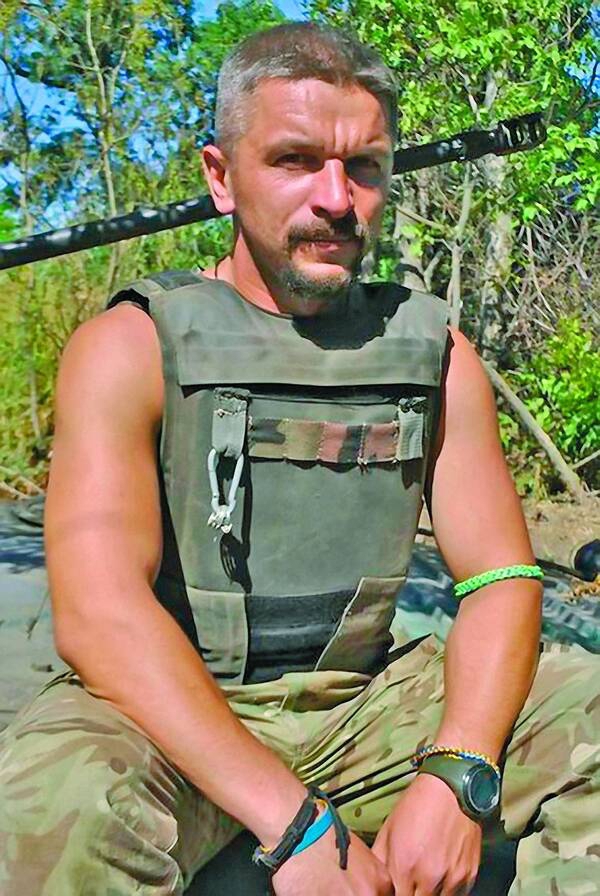 Vapnyar Oleksandr Vasyl‘ovych was the commander of the engineering and demolition platoon of the 3rd mechanized battalion of the 72nd separate mechanized brigade of the Land Forces of the Armed Forces of Ukraine, senior lieutenant.

He was born on 8 December, 1977, in the city Gnivan, Tyvriv district, Vinnytsia region. He graduated the secondary school №2 in the city Gnivan (now the educational complex "Secondary school of I-III grades - gymnasium №2"), Vinnitsia building technical school and Ukrainian transport university (now - National transport university, the city of Kyiv) in the specialty "Urban planning" . During his studies at the university he graduated he military department.

He lived in the city Hnivan, then in the village Markivtsi, Bobrovytsky district, Chernihiv region. He worked as chief technology officer of Public Joint Stock Company "Kyivmetrobud", since February 25, 2014 - a leading engineer of the technical department of the municipal enterprise "Kyivvtashhlyahmist" of the corporation "Kievavtodor".

Since 2015 he participated in the anti-terrorist operation in eastern Ukraine. Callsign "Tiger".

On 17 September, 2015, Senior Lieutenant Vapnyar died during the demining of a forest belt near the village Starognativka, Volnavakha district, Donetsk region, as a result of a subversion on the mine. Along with him, soldier Olexandr Zinchenko died.

On 21 September, 2015, he was buried at the Central Cemetery in the city Gnivan, Tyvriv district, Vinnytsia region.

He was awarded the Order of Bogdan Khmelnitsky III class(16.01.2016; posthumously).

The parents, the wife, the daughter and the son are left.

In the city of Gnivan, on the facade of the educational complex "Secondary school of the I-III levels - Gymnasium №2" (Ivan Franko street, 36), where Olexandr Vapnyar studied, the memorial plaque was established. On 21 April, 2016, a corner of Glory in memory of the deceased graduate was established at the gymnasium. The street in the city of Hnivan is called after the name Olexandr Vanyar.