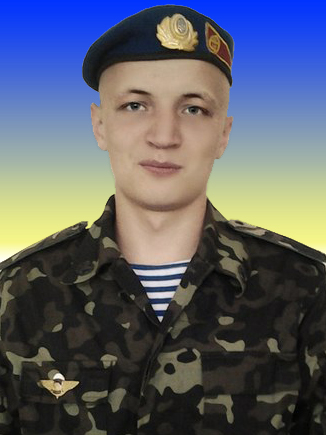 He was born on June 19, 1994 in Ovruch Zhytomyr region. He is Ukrainian. In 2009 he graduated 9 classes of secondary school №4 city Ovruch, and in 2013 - Forestry College in Malyn Malyn, Zhytomyr region.

Since April 2014 he took part in the anti-terrorist operation in eastern Ukraine.

On June 26, 2014 between 19.30 to 22.35 hours there was firing and assault checkpoint №1, which was located near the village Murne Slovyansk district, Donetsk region. The bombardment was carried out with grenades and tanks. Soldier Vashchuk drove the last fire from his gun until enemy tank pointed his armoured personnel carrier.

On July 2, 2014 he was buried in the cemetery of the village Large Haycha Ovruch district of Zhitomir region.

On September 17, 2014 in Ovruch on the facade of the building of secondary school №4 named O.M.Saburova (Frunze Str. 14), where Igor Vashchuk studied, the memorial plaque was established for him.