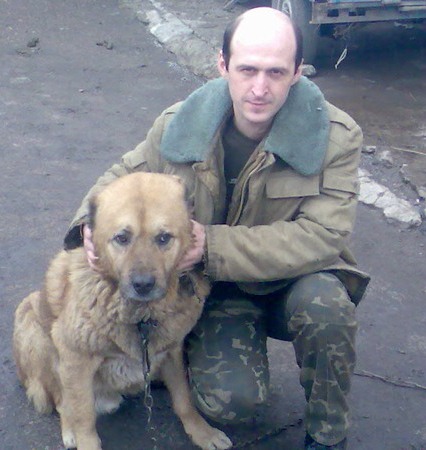 He was born on January 9, 1969 in Berdichev Zhytomyr region. In 1984 he graduated 9 classes of secondary school №10, Berdichev. In 1987 he graduated the vocational school №4 Berdichev, speciality "Millwrights."

From 1987 to 1989 he passed the military service in the Armed Forces of the USSR. He served in the 366th Guards Motorized Infantry Mozyr Red Banner Order of Suvorov regiment (military unit 18920, the city Stepanakert of the Nagorno-Karabakh Autonomous Oblast of Azerbaijan SSR, Soviet Union).

On January 25, 2015 Wenger officers killed in the battle for a stronghold of the "Valerie" (height 307.5) near the village Sanzharivka, Artemovsk district (now - Bakhmut) Donetsk region near the battle for the city Debaltseve. As a result of the fight Ukrainian military repelled the attack the Russian-terrorist groups on the stronghold and destroyed two T-64, a T-72 and a significant amount of manpower. There also in battle were killed 7 defenders of the reference point "Valerie."

In February 7, 2015 he was buried in the cemetery of village Hryshkivtsi Berdichevsky region, Zhitomir region.

On February 20, 2015 in Berdichev on the facade of the building of secondary school №10 (street Shelushkova 4), where he studied Alexander Wenger, the memorial plaque was established.

On June 25, 2015 during the 66th regular session of Berdichev City Council decided to rename the 3rd lane Shelushkova the street of Alexander Wenger.


KILLED IN BATTLE:
The battle for the stronghold of the "Valerie" (height 307.5) near the village Sanzharivka, Artemovsk district, Donetsk region, January 25, 2015