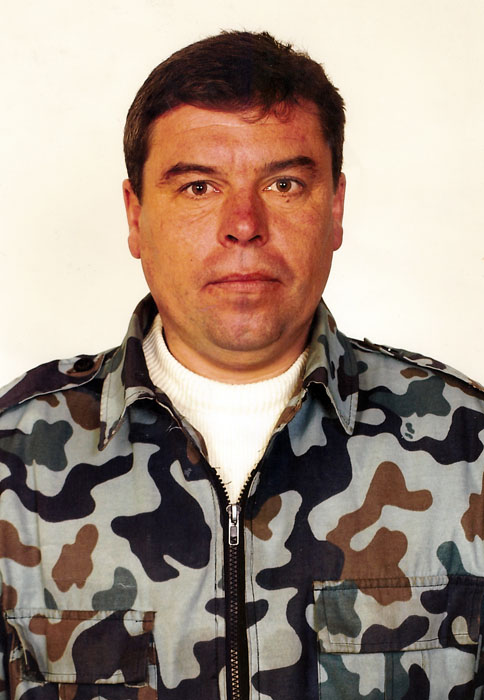 He was born on 29 November, 1971 in the village Nykonivka, Berdichevsky region Zhitomir region. In 1987 he graduated the high school Nykonivka village, then - Vocational school №4 city of Berdichev. Worked in Berdychiv Machine-Building Plant "Progress".

On 19 March, 2014 he was drafted to the Armed Forces of Ukraine. He had the military service on the separate 26th artillery brigade of the Land Force of Ukraine (military unit A3091 city Berdichev Zhytomyr region).

On 13 May , 2014 Sergeant Vereshchak died in a fire and explosion, which occurred in one of the self-propelled guns when moving the unit from one position to another during exercises that were designed to strengthen the protection of the southern section of the state border of Ukraine, near the village of Rivne Henichesk district of Kherson region.

On 1 June , 2014 he was buried in the cemetery of the village Nykonivka, Berdichev district.

He was awarded the departmental honors from the Ministry of Defense of Ukraine - the badge "Honor" (05.22.2014, posthumously).

The wife, the son and the daughter are left.