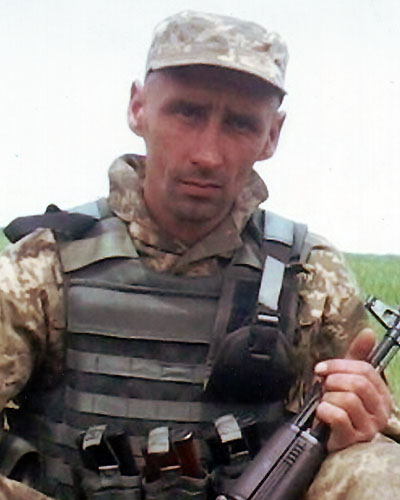 He passed the military service.

In February 2015 he was mobilized into the Armed Forces of Ukraine. He served in the 93rd Separate Guards Mechanized Brigade Kharkiv Land Force of Ukraine (military unit A1302; urban village Cherkassy Novomoskovsk district of Dnepropetrovsk region).

Since April 2015 he took part in the anti-terrorist operation in eastern Ukraine.

On August 18, 2015 he was buried in the cemetery townships Brodetska Koziatyn region Vinnytsia region.

On August 18, 2015 during the 69th session of Berdichev City Council decided to rename the street from Illichivska to the name of Valery Witkowski.

On October 13, 2015 in Berdichev on the facade of the building of secondary school №17 (street of the Paris Commune, 47), where Valery Witkowski studied, the memorial plaque was established.