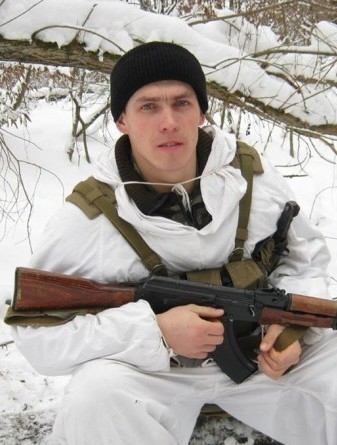 On June 19, 2014 near the village of urban Yampol and villages Zakitne Krasnolymanska Donetsk region during a combat mission, during which it was necessary to push deep into the territories temporarily controlled by militants to destroy the fortifications and release the settlements, military 24th separate mechanized brigade entered into battle with the Russian-terrorist groups. As a result, about 30 combat soldiers received injuries of varying severity and 7 soldiers were killed, among them captain Vorobets was.

On June 23, 2014 he was buried in the central city cemetery Coloma city.

On August 14, 2014 by the decision of the City Council Kolomyyskoy serviceman 24th Iron behalf of Prince Daniel Galician separate mechanized brigade of the Land Force of Ukraine captain Vorobets was awarded the title "Honorary Citizen of Kolomna" (posthumously).

On January 5, 2015 in front of the building in Coloma the V.Stefanik specialized school №1 (Mickiewicz Str., 3), where he studied Vorobets Stephen, a memorial plaque was established to him.

In May 29, 2015 in Nadvornaya on the facade of the building Carpathian military-sports boarding school (street Sirikit, 1st), where Vorobets Stephen studied, a memorial plaque was established to him.

He was awarded the Order of Bohdan Khmelnytsky degree (21.8.2014, posthumously).

The wife and two sons remain.