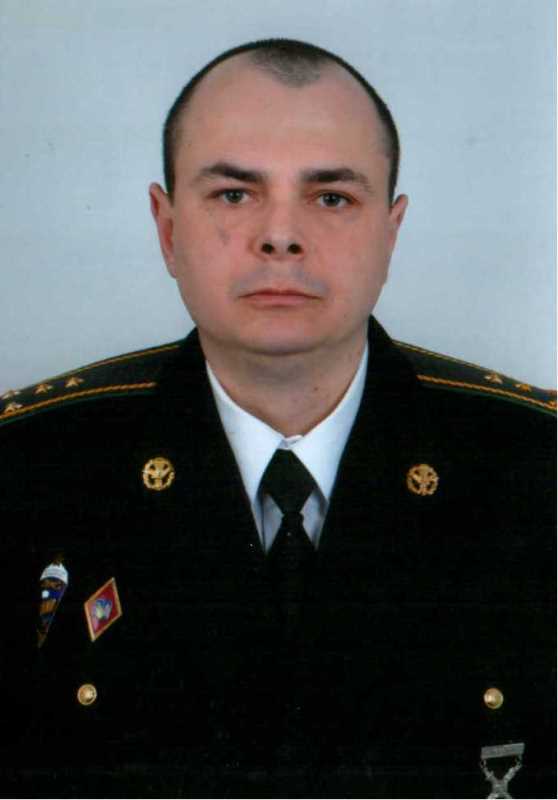 Zabrodskyy Vadim Yosypovych was the deputy of the Chief of Staff of the 1st airborne assault battalion of the 95th separate airborne brigade of highly mobile airborne troops of the Land Forces of the Armed Forces of Ukraine, Major General (posthumously).

On May 13, 2014 during a combat mission by escorting (accompaniment) calculations 82mm mortars 2B-9, and the food in the checkpoints on the outskirts of the village Oktjabrskoe Slaviansk district, Donetsk region, about 12:30 pm the column was fired from ambush. Militants attacked with grenades and fired with small arms fire. More 30-40 attackers arrived in ambush in advance and they were located along the river in the bushes. The first shots of the grenades fell into second APC engine that caught fire and GAZ-66. The soldiers took the fight, which killed 6 soldiers and injured eight different degrees of severity. As a result of the battle Major Zabrodskyy was lost.

On May 22, 2015 in Zhytomyr on the facade of the building of the V.Kavun secondary school №22 named after V.Kavun (Cosmonauts Street, 36), where Vadim Zabrodskyy studied, the memorial plaque was established.