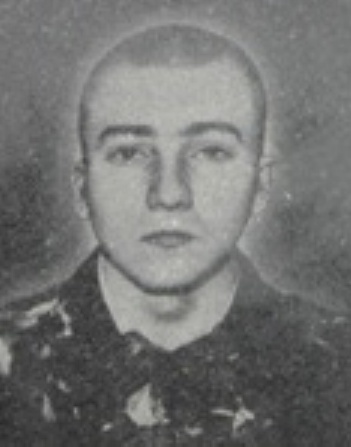 Zinchenko Bohdan Oleksandrovych was the serviceman of the 72nd individual mechanized brigade of the Land Forces of the Armed Forces of Ukraine, a soldier.

He was born on 7 October, 1977, in Starobelsk, Lugansk region. He graduated the high school number 1 in the city Starobelsk (now - Starobilskaya gymnasium).

He participated in the antiterrorist operation in eastern Ukraine.

On 14 June, 2015, about 14.00 a soldier Zinchenko died in a hospital in the city of Volnovaha, Donetsk region, from bilateral pneumonia (infectious and toxic pulmonary edema).

He was buried at the city cemetery in Starobelsk.

In June 2016, in the city of Starobilsk, on the building of the gymnasium (25 Rudnev street), where Bohdan Zinchenko studied, the memorial plaque was established.