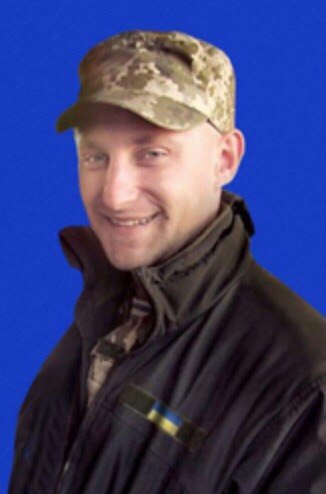 Serhiy Zulins‘kyy was the chief sergeant of the platoon - the commander of the 3rd Airmobile Company of the 90th separate airmobile battalion of the 81st separate aeromobile brigade of the High-Military Allied Army of the Armed Forces of Ukraine, junior sergeant.

Since November 2014, he participated in the anti-terrorist operation in eastern Ukraine. Participant of the Defense of Donetsk International Airport. Callsign is "Zulik".

On January 20, 2015, the paratroopers of the 90th separate airmobile battalion traveled to three MT-LB conveyors to the new terminal of the Donetsk International Airport for rotation of personnel and evacuation of the wounded. In conditions of dense fog and lack of communication that was "muffled" by Russian armed forces, the conveyor in the middle of who was the younger sergeant Zulins‘kyy, was shot dead by militants. During the battle, a mechanic driver died and fell on the control levers, resulting in the MT-LB crashing into the airport building structures and exploded. As a result of the explosion, junior sergeant Zulins‘kyy died. Together with him, Sergeant Major Zahuba, Sergeant Builuk, younger Sergeant Chupilka, soldier Franishin and soldier Shevchuk died.

At the beginning, it was believed that Sergei Zulins‘kyy was captured, and then he was declared missing. In March 2015, his body was identified through DNA expertise.

On 3 April, 2015 he was buried on the Avenue of Heroes of the Central Cemetery in the city of Vinnytsia.

On 25 December, 2015, the decision of the Vinnytsia City Council changed the street of Tarnorodsky to Serhiy Zulins‘kyy Street.