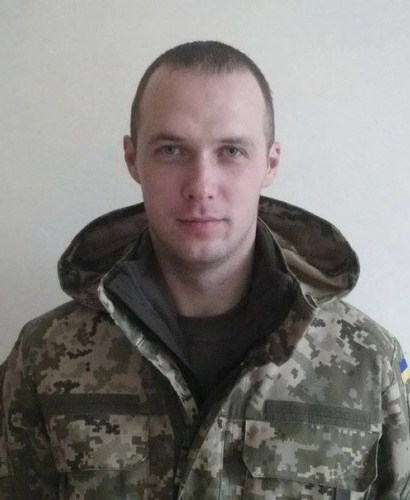 He was born on 14 June, 1988 in Berdichev, Zhytomyr region. He studied at Berdychiv General Educational complex number 4 in 2002, finished 9 classes of secondary school №6 named Zhytnychenka IV City Berdichev. In 2006 he graduated the department of "Art of Music" of Berdichev Teachers College. He studied in classes at the Kharkiv State Academy of Culture.

Since December 2015 he had the military service under contract to the 199 th Training Center highly mobile airborne forces of Ukraine (military unit A2900, Zhytomyr).

On 6 April 2016 he took part in anti-terrorist operation in eastern Ukraine.

On 18 May 2016 Junior Sergeant Atishev was killed by a sniper bullet during combat duty near the industrial zone of the city Avdeevka, Donetsk region.

On 21 May, 2016 he was buried in the local cemetery of the town of Berdichev.

In August 2016 in the city of Zhitomyr in the territory of the military unit A2900, where was the military service of junior sergeant Atishev, the memorial plaque was opened.

On 13 October, 2016 in Berdichev on Berdichev building facade Teachers College (European street, 53/1), where Radislav Atishevstudied, the memorial plaque was opened.

The mother and two sisters are left.