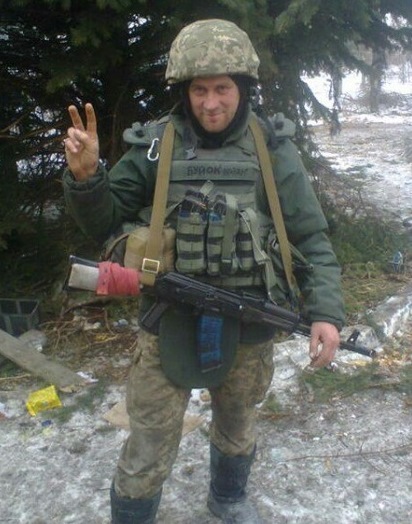 Since November 2014 he participated in the anti-terrorist operation in eastern Ukraine.

On January 20, 2015 Sergeant Buyluk he disappeared during a battle with the Russian armed groups in the region of Donetsk airport during the break to evacuate the wounded. In April 2015 his body was identified through DNA examination in the morgue of Dnipropetrovsk.

On April 9, 2015 he was buried in the cemetery of the village Katsmaziv.

On September 27, 2015 in the village Katsmaziv on the building of secondary school (street May Day, 2), where Hero studied, the memorial plaque was established.

He was unmarried. The parents, two sisters and the brother remain.